The human foot and ankle is a strong and complex mechanical structure containing more than 26 bones, 33 joints (20 of which are actively articulated), and more than a hundred muscles, tendons, and ligaments. 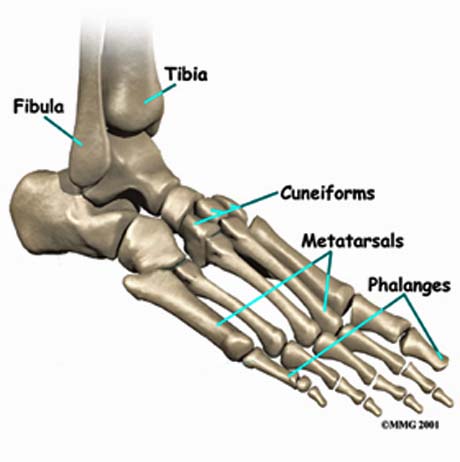 The foot can be subdivided into the hindfoot, the midfoot, and the forefoot:

The five irregular bones of the midfoot, the cuboid, navicular, and three cuneiform bones, form the arches of the foot which serves as a shock absorber.

The midfoot is connected to the hind- and fore-foot by muscles and the plantar fascia.

The forefoot is composed of five toes and the corresponding five proximal long bones forming the metatarsus. Similar to the fingers of the hand, the bones of the toes are called phalanges and the big toe has two phalanges while the other four toes have three phalanges. 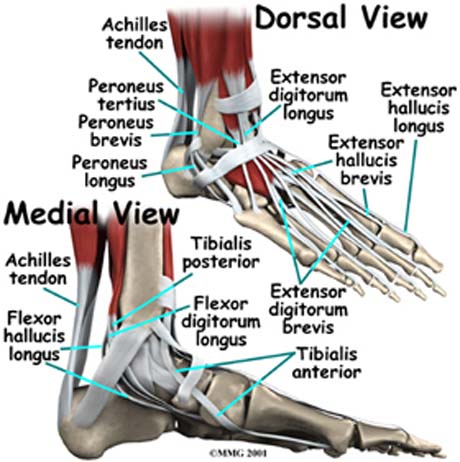 Muscle system of the foot.

The main blood supply to the foot, the posterior tibial artery, runs right beside the nerve of the same name. Other less important arteries enter the foot from other directions. One of these arteries is the dorsalis pedis that runs down the top of the foot. You can feel your pulse where this artery runs in the middle of the top of the foot. 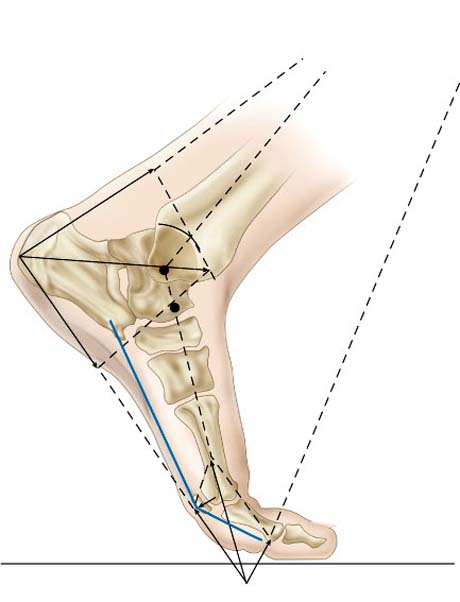