Stenosing tenosynovitis or trigger finger is a common clinical condition characterized by a painful ‘locking’ or ‘clicking’ of the digit. It can occur in any digit, but most commonly occurs in the thumb (30% to 60%), followed by the index and ring fingers and, occasionally, in the little finger. 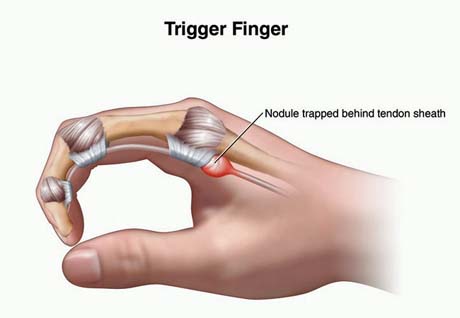 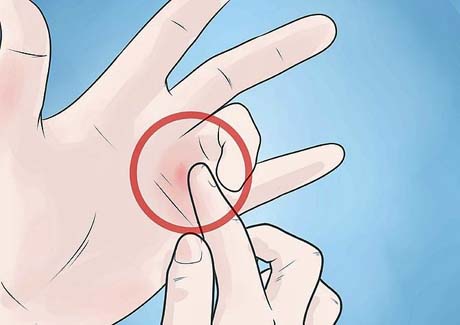 Trigger digits are commonly divided into acquired and congenital. The acquired trigger digit most commonly occurs in the fifth or successive decades. There is a predilection for females, with a 6:1 female to male incidence.

Adults (acquired triggers) most often presents with snapping or intermittent locking, especially in the morning. The patients often complains of pain over the metacarpophalangeal joint, aggravated with applied pressure on the base of finger while the patient actively flexes and extends the ditits.

The digit may ‘lock’ prohibiting active extension of the finger. Alternatively, the digit may become locked in extension not allowing active flexion. This is not as common, but when it does occur, it is usually in the thumb.

Trigger finger of the 3rd finger

Congenital trigger finger are usually not noted until the first pediatric visit or later as the child begins to use his or her thumbs. Therefore it is speculated that they are not true congenital triggers but rather acquired in the first week to months.

The frequency of congenital trigger digits ranges from 1 in 2,000 (0,05%) to as high as in 1 in 50 (2%). In contrast to adults, children have an equal distribution by sex and present with a locked digit.

The thumb is the most common in either group, but much more so in children, especially bilateral trigger thumbs that occurs about 25% of the time.