The hip joint is a synovial articulation between the acetabulum of the pelvis and the proximal femur. The hip is a ball-and-socket joint. The socket is formed by the acetabulum, which is part of the large pelvis bone. The ball is the femoral head, which is the upper end of the femur (thighbone). 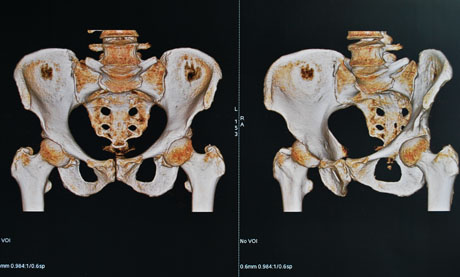 3D reconstruction of the hip and pelvis 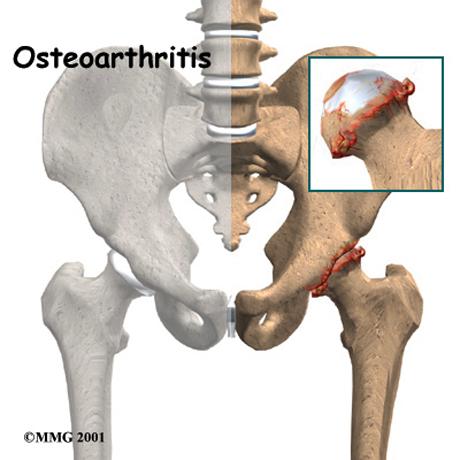 Muscles that originate from the posterior surface of the ilium, (gluteus maximus, gluteus medius and minimus), are extend the hip joint and muscle that originate from anterior aspect of the joint (iliopsoas, sartorius, rectus femoris), create the flexion of the hip.
Medially, the adductor musclulature and laterally the abductor muscles gives the ability to the femur for adduction and abduction.

The joint is surrounded by bands of tissue called ligaments. They form a capsule that holds the joint together. The undersurface of the capsule is lined by a thin membrane called the synovium. It produces synovial fluid that lubricates the hip joint.