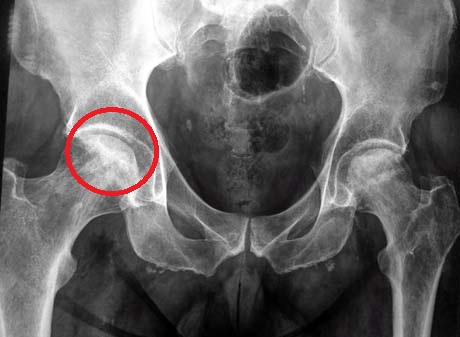 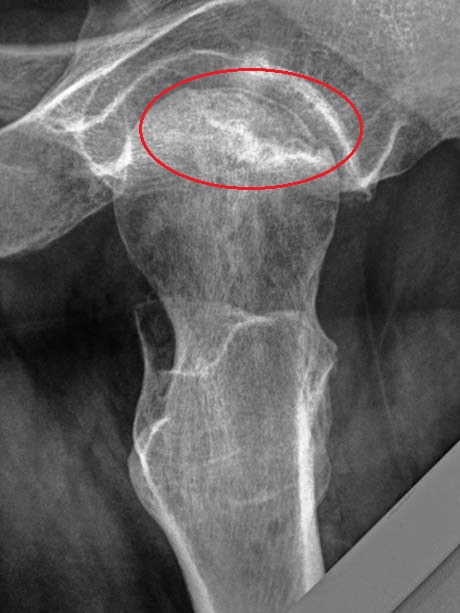 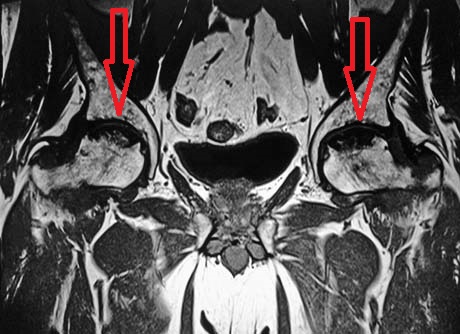 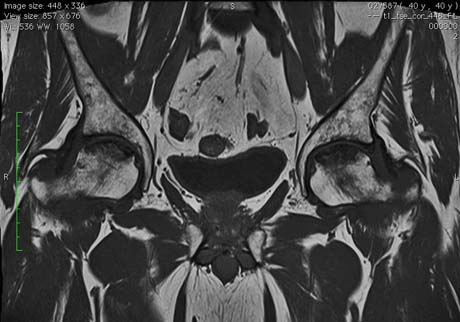 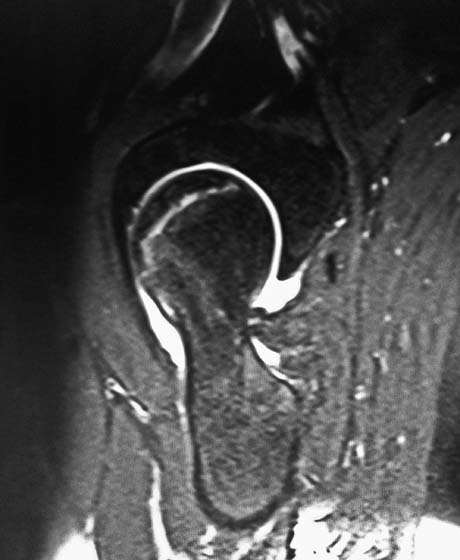 The osteonecrosis or avascular necrosis of the femoral head is a pathological condition where the blood supply is stopped in this subchondral bone resulting in the death of osteocytes and precipitating the articular surface.

The phenomenon of ischemic femoral head substantially disrupts the normal structure of cancellous bone, which in turn loses its supporting ability and subsides creating permanent deformation of the joint and premature osteoarthritis.
The disease occurs in young patients aged 35-45 years with triple incidence in men compared to women.

The factors that have been associated with the disease are divided in traumatic and non-traumatic.

In traumatic factors are:

hip trauma
the foregoing surgery on it,
the sliding of the femoral epiphyseal head in childhood.

In non-trauma agents include:

chronic use of corticosteroids,
alcoholism,
diving,
systemic lupus erythematosus,
sickle cell anemia,
hyperlipidemia (high cholesterol),
the existence of thrombophilia (heterozygous or homozygous) disease which patients largely unaware that they have.

Many times there may be identification of the cause of the disease is called idiopathic osteonecrosis. The pathogenetic mechanism leading to the disruption of the blood supply in these cases is multifactorial.

Adequate blood supply to an anatomical region is essential for the viability and function in the majority of body tissues.

The interruption of blood supply may be because:

1. the direct injury of nutrients arteries of the femoral head,
2. the clots inside arteries,
3. extrinsic compression of blood vessels from swelling of the surrounding elements (increased presence of fatty or other cellular elements in the bone of the femoral head).

Clinically, the patient can report pain in the groin or in the internal - anterior surface of the femur. Rarely can the pain be reflected in the ipsilateral buttock or even the ipsilateral knee.

Symptoms usually worsen with fatigue and decreases with rest. Most often there is a limitation in the motion of the hip joint especially in internal rotation and abduction.

MRI is the method of choice for clear diagnostic assessment of the disease. The simple radiological examination more often than not brings out the damage in the initial stages leading to underestimation of the clinical status of the patient.